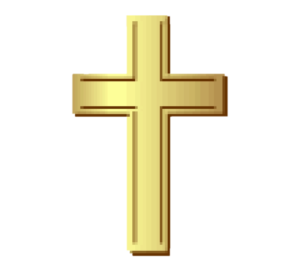 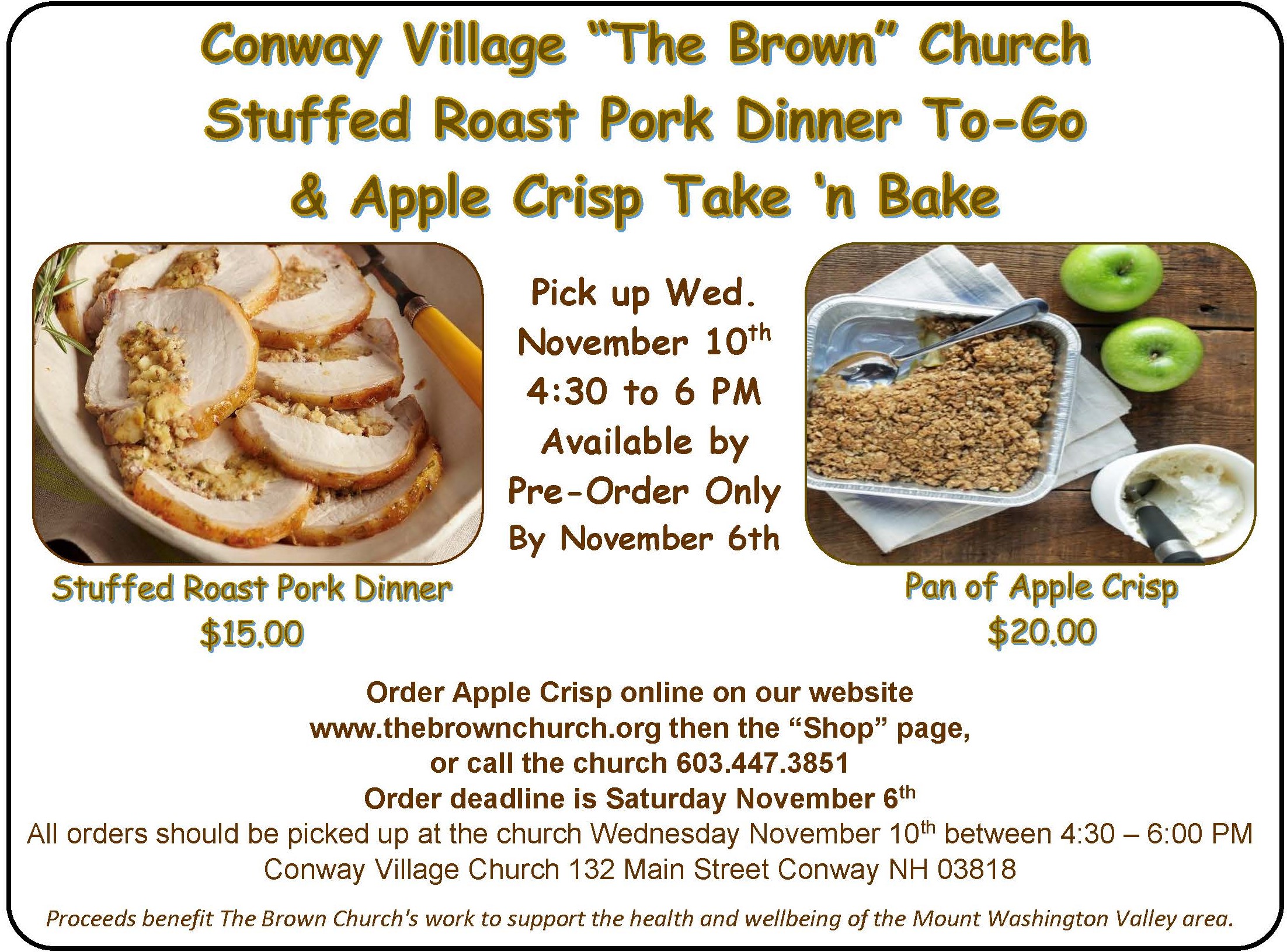 “Grateful for Your Generosity” 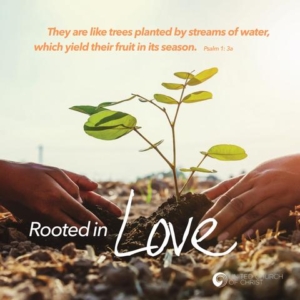 by streams of water

The news from our Apple Crisp sales at the Fryeburg Fair is sensational! We appreciate being able to support the self-help groups that do so much for our community yet cannot return the monetarily support our church needs for hosting them. We are grateful we can support their ministries and programing by raising these much – needed funds. We appreciate everyone’s dedication, volunteering, contributions, and support in making our fundraising project a major success. We pray our Apple Crisp fundraiser has sweetened everyone’s life and we pray the proceeds will continue to help people, who look to our Church for support.

As we return to our regular programming, we begin our Stewardship Program, (our checking account funds ), needed to support our ministries for the health and welfare of our Mount Washington Valley community.  Our financial pledges and gifts make our support of worship, counseling ministries, Bible studies, book groups, support of our Pantry and Dinner Bell Programs possible. In advance of your generosity, we thank you for your prayers and financial support in mak- ing our life-giving ministries a reality.

We find ourselves in turbulent, inflationary, and uncertain times when financial resources for families and individuals continue to be stressed; people find their emotional dispositions challenged as the  Covid-19 Pandemic continues. We not only help people stretch their budgets, re- ceive well-balanced food and personal supplies, but we also provide the counseling and emotional support people need to sustain their lives.  Your stewardship and generosity offer a much-needed, life-bridge for our community.

In advance of your generosity,

We Thank You for Your Financial Support

The Trustees would like to thank everyone who volunteered to make the crisp sales at the fair a huge success. We sold over 500 pans and grossed $41,000. There were approximately 40 volunteers who helped peel, cut, bake and work in the booth. They put in 964 hours of their time. Who knows how many boxes of rubber gloves were used!

For ten days, Fellowship Hall was busy with two shifts of volunteers preparing the crisp from 6 AM well into the evening. When coming up the stairs, it was great to hear the laughter and stories being shared. It has been awhile since we have heard that in the church. The booth was busy all week and people were so happy to see us back and had missed the “famous apple crisp”.

If you missed getting any this year, 60 smaller pans were made and frozen. These will be sold by online order on our website or you can call the office and order one. The pick-up day will be on Wednesday, November 10th between the hours of 4:30 to 6 pm.

On November 10th, we will also be selling a pork take out meal. You can order it the same way and pick up both that afternoon.

We will be needing volunteers to help with the dinner, if interested we will be sending out an E-blast or you can call the office. 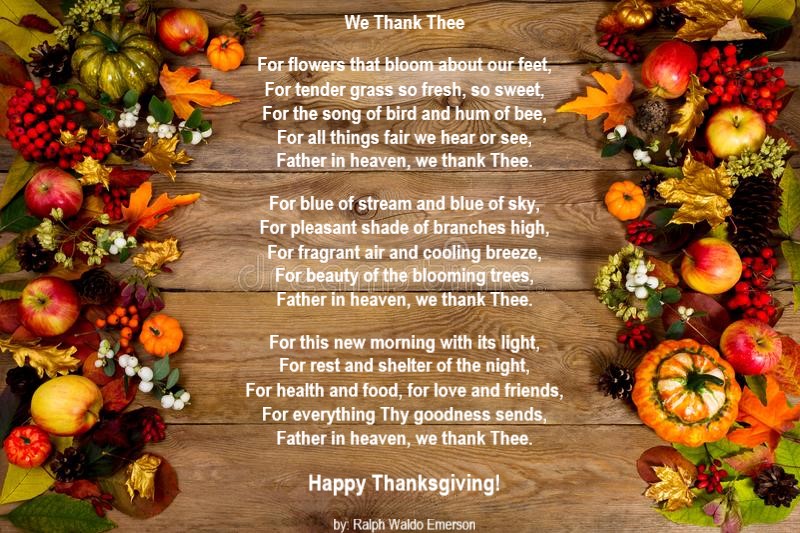 It’s has been quite a while since I wrote anything for the newsletter. A lot has happened in the past four months, especially for Dawn and I. Finally after 30 years of trying, we got approved for a house loan. We signed papers June 28th. Our daughter Megan got married in September, we had to move out of the apartment in Madison a month early and I have been doing a lot of renovation on the new house. None of this would have been possible without the help of our church members, who took time out of their busy schedules to give us a hand. Paul and Sylvia Weld helped with the wedding, the renovations and the moving process. Mitzi and Wayne Fitch helped pack boxes and help with the move as well.

During this time the Fryeburg Fair also had to be orchestrated.  I was not as available this year for the church booth. I still opened every morning but had to go to work after my morning shift. Anne and Paul Getchell thankfully were able to fill the massive shortfall of volunteers for the booth. This year we only had fifteen people that helped in the booth. Those fifteen people filled 72 slots. Nancy Divine, Ella Hill, Mary Russo and Donna West did an amazing job making a record number of crisps to sell. I only saw those four but I know there were a few more people that helped peel and prepare the apples, but again a very few people turned out to help in the kitchen. The fair was a huge success with over $40,000.00 being raised in the 8 days of the fair. A record number, 516 pans of crisp were sold and we actually sold out at 5 minutes before 9 pm on Sunday.

As you have seen, there has been a lot of work completed on the capital campaign. The drawings from the architect have been displayed in the newsletter in October. We hope to have the estimates of what all this will cost in the next few weeks. Anne Getchell and Nancy Divine have done a tremendous job keeping track of all the things happening with the construction plans.

In July, the church opened again for worship services. While we have seen an increase in Covid-19 cases in NH which have held us back from full operation, the worship team consisting of Steve Graustein, Dawn Vitters and Nancy Irving have been working hard each week to give a hybrid style of worship service. The music team has been keeping up with the videos and special music. We hope that the Covid numbers will begin to decline so that we can get back to live music again.

I thank all those dedicated members that have put in so much time this year to keep things moving forward. You are all very much appreciated. May God keep his blessings upon us and lead us forward through the coming months.

From the Deacon’s Bench 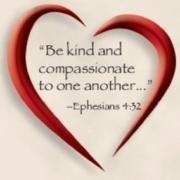 As I sit here pondering what to write, my mind turns to acts of kindness.  Reverend Hughes tells the story of a father and son living in a car here in the valley.  They availed themselves to our Pantry supplies and took dinners from the Dinner Bell ’s free community meals program. With so little housing available in the Mount Washington Valley, Reverend Hughes found them a place to stay until help came from the Tri-County Community Action Program, guaranteeing them a bed, a shower, and a home. Thank God Rev. Hughes followed his own heart, and ours!

There are so many ways to perform acts of kindness.  Some big and some small.
Send a card; make a phone call; hold the hand of a sick or lonely person; pray and let people know that they are loved.

Remember, God loves all of us.

There is a touch of Fall in the air these days. Leaves are turning brilliant colors, and then, in the next step, falling off the trees waiting to be raked up!

Before we know it, we will be giving out Thanksgiving Baskets! This year it will be done a little bit different, we will be giving out $15 vouchers toward a Butterball Turkey to be purchased either at Shaw’s or Hannaford’s. We will still give out the traditional Thanksgiving side dishes we have always done in the past. The dates for pick up will be Tuesday, November 16th, 9am to 12 and Wednesday, November 17th, 9am to 12.

The Outreach volunteers have been helping the Mobile Food Pantry the last few months. October was the last month, giving the Food Bank in Manchester and all the volunteers that helped a well-deserved rest. It will be starting back up in January and February 2022. Watch the upcoming newsletters for more details. Thanks to all who have been helping the Pantry on Mondays and Tuesdays as well as helping with the deliver- ies that we have on the first and second Thurs- days every month.

May you and your families have a Blessed Thanksgiving. 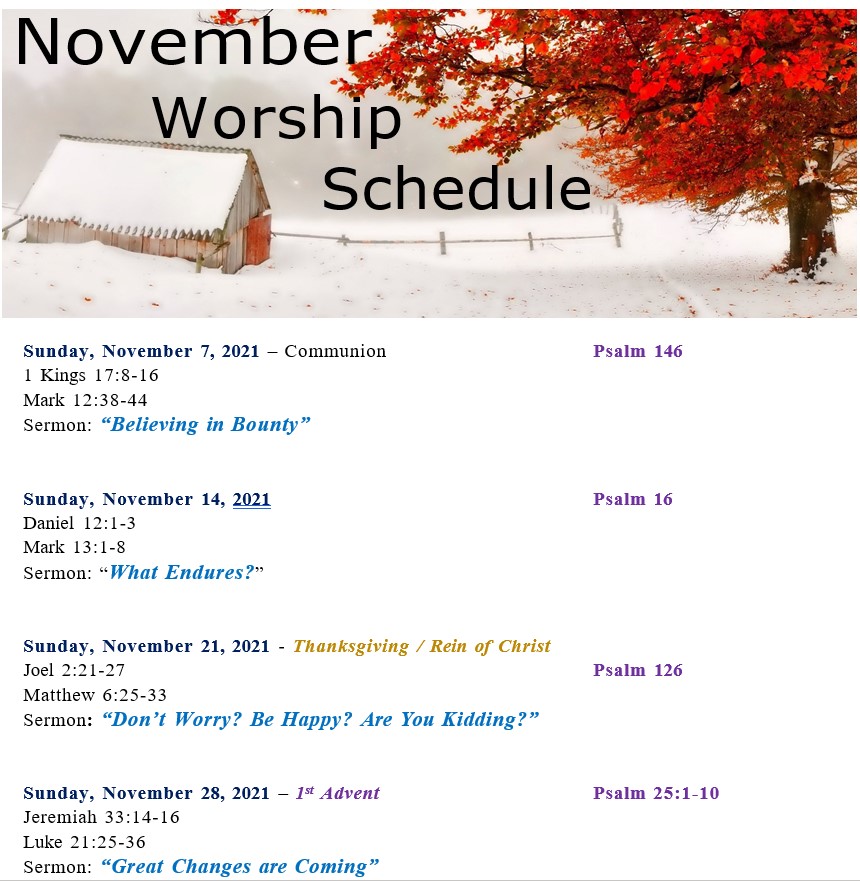